With Australia boasting eight top ranking universities it’s no wonder studying here is a dream for so many.

At Endeavour Partners Group, we understand that relocating overseas is a life-changing decision that involves a complex and time-consuming process. Our expert team is equipped with the knowledge and tools to help you successfully pave your way to Australian shores and bring your dreams of studying abroad to life.

Taking the first step of selecting and applying for the right subclass of the Student Visa is often the most daunting and confusing. To help ease this feeling of overwhelm, we have created a Student Visa Checklist to give you a snapshot of the types of documentation and supporting evidence you will need to gather for the application.

Simply complete the Contact Form below and you will receive a copy of the checklist. It’s important to remember that every person’s scenario is unique which means each visa application will vary in what is required. 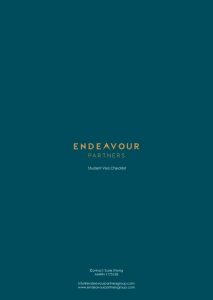 see how we’ve helped others with their Student visa application

Wei had been living in China but wanted to migrate to Australia permanently but only with a prospect to work. He had 7 years of horticulture experience dedicated to the same company and celebrated a number of notable achievements throughout the seed cultivation and disease prevention arena.

Wei enlisted the services of Endeavour’s expert team to guide him through his move to Australian shores. During the initial phase, the team helped Wei gather an extensive portfolio of documentation which included an English Test result showing a “Vocational Level”, employment references, employment contracts, qualifications and awards of achievement, and a positive Skills Assessment result.

After thoroughly analysing his situation and based on his age, work experience and qualifications the team determined he was eligible for a Temporary Skill Shortage (Subclass 482) Visa. Endeavour was also able to source and secure an employer who was seeking to hire an experienced Agronomist.

Firstly, Endeavour had to gain an approved sponsorship based on the employer which proved to be a straightforward, seamless application process.

The second step was to seek approval for the position of “Agronomist”. By providing extensive supporting evidence and documentation, the team had to demonstrate the company’s genuine need for an Agronomist. This nomination was approved.

Focus then shifted to the Visa Application. The process began smoothly until the case officer decided to carry out a random employment check and called Wei’s Chinese employer to confirm his position.

The case officer spoke to a representative of the Human Resources department who was new to the position. They failed to confidently confirm Wei’s position. This raised concern and a further investigation was launched requiring further evidence of his employment and explanation of the confusion.

Endeavour confidently guided Wei to communicate with his current employer which resulted in his four-year Temporary Skill Shortage (Subclass 482) Visa being approved. Due to the issue with the HR department, Wei’s case was an 18-month journey from start to finish.

After 3 years working for the company in Australia, Wei can ask for the business to sponsor him for the Permanent Residence Visa 186. Upon completion of this five-year visa, he has the opportunity to apply for Citizenship if all criteria is met.